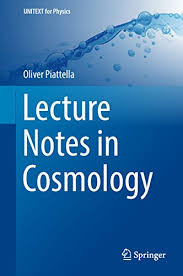 Cosmology has become a very active research field in the last decades thanks to the impressing improvement of our observational techniques which have led to landmark discoveries such as the accelerated expansion of the universe, and have put physicists in front of new mysteries to unveil, such as the quest after the nature of dark matter and dark energy. These notes offer an approach to cosmology, covering fundamental topics in the field: the expansion of the universe, the thermal history, the evolution of small cosmological perturbations and the anisotropies in the cosmic microwave background radiation. Some extra topics are presented in the penultimate chapter and some standard results of physics and mathematics are available in the last chapter in order to provide a self-contained treatment. These notes offer an in-depth account of the above-mentioned topics and are aimed to graduate students who want to build an expertise in cosmology.

Copies of the book can be purchased in various online shops. 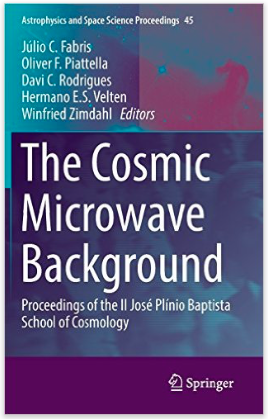 The cosmic microwave background (CMB) radiation is one of the most important phenomena in physics and a fundamental probe of our universe when it was only 400,000 years old. It is an extraordinary laboratory where we can learn from particle physics to cosmology; its discovery in 1965 has been a landmark event in the history of physics.  The series of texts composing this book is based on the lectures presented during the II José Plínio Baptista School of Cosmology, held in Pedra Azul (Espírito Santo, Brazil) between 9 and 14 March 2014. This II JBPCosmo has been entirely devoted to the problem of understanding theoretical and observational aspects of CMB. 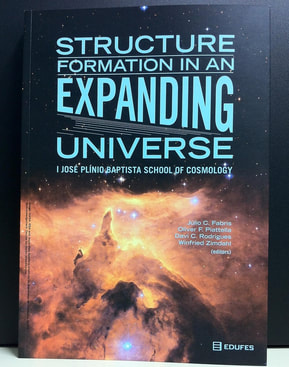 The mini courses and seminars presented in the I José Plinio Baptista School of Cosmology can now be found in book form.

The standard cosmological model is based on an expanding universe which is, at very large scales, homogeneous and isotropic. However, at local, small scales, the observed universe displays very complex structures like galaxies, clusters of galaxies, filaments and voids. One of the main problems in cosmology today is to understand how these local inhomogeneities are formed out of a global homogeneous universe, the so-called structure formation in an expanding universe. The understanding of this problem requires very sophisticated theoretical and observational tools. This book is composed of a series of texts reviewing the different aspects of this problem. The presentation is highly pedagogical. These texts have been written by specialists in the problem of structure formation in the universe. The book is addressed to researchers working in cosmology and gravitation, as well as to graduating students in these domains.

To order a printed copy, please contact us. The electronic version can now be found here.
Website administrators:  DC. Rodrigues, V. Marra & OF. Piattella. Contributions: several students and postdocs have helped to expand and maintain the content that can be found here, specially in the organization of the events section, where their corresponding names can be found. Disclamer: Cosmo-ufes is a center ("núcleo") from UFES; this website is maintained by Cosmo-ufes members.